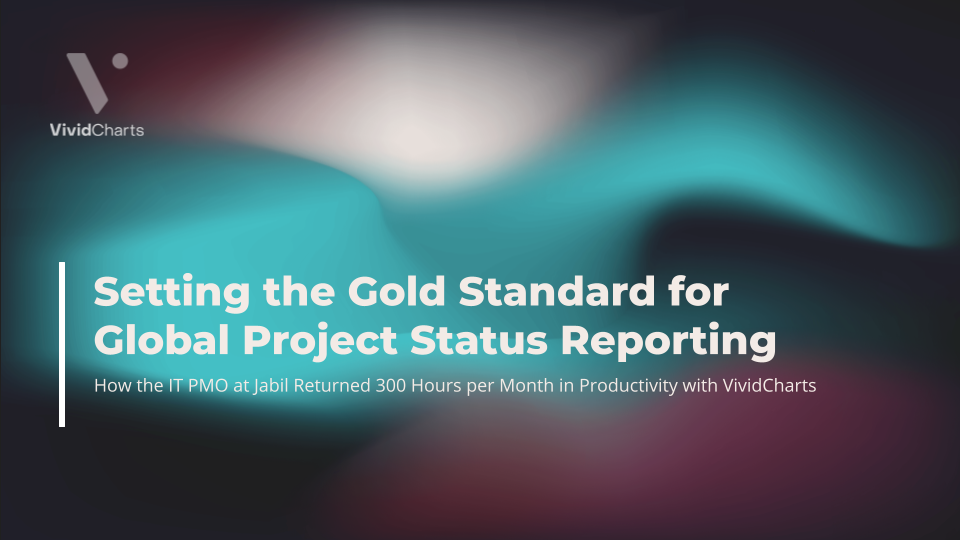 As the organization searched for a solution that would alleviate the headache of manual reporting for PMs and data interpretation for decision-makers – without contributing to technical debt – VividCharts quickly became the answer to the PMO’s challenges.

In this video, you’ll learn:

In the beginning (it was a political choice), but when people realized the benefits and having their data all in one place and simplifying distribution and consistency and look and feel it became magnetic.

Learn how companies similar to yours have gotten value from VividCharts